Fall in the Air

Time to catch up with a busy few months behind us. Shortly after my last blog entry, my dear beloved sister in law died in the States. One minute she was doing much better and the next she had a clot that ended everything. My brother is law said she was comfortable and in no pain when she passed. You know when the phone rings at 4 AM that it is not going to be good news. My SIL and myself would often text during America’s Got Talent, The Voice or other shows on TV that we would watch together across the distance. We would chat back and forth almost on a daily basis.  I miss her so very much.  Next was the whirlwind trip down to Illinois for the service. Our eldest daughter also flew down from Toronto to be there. It’s about family and being there for each other. I was so thankful we had shared time together in Vegas in October of last year. There was laughter and tears, stories to be told and pictures to be shared. You will live on in our hearts Miz M. A day doesn’t pass that I don’t think of her.

Later in June we ventured over to Surrey for a Van-In. Yes it is what you think it is – people with their vans getting together. We met up with friends from a previous event and spent the weekend catching up, meeting new friends and a whole lot of laughter and entertainment. The bands on the last night were for the most part really great. It’s always a fun group to get together with.

My birthday and our anniversary happened in July. We spent an awesome day downtown at the Deuce Coupe show. There were some amazingly beautiful cars that we viewed. The weather was stunning. We had our anniversary dinner at The Docks, which was so good. It was a really great day that I cherish.

In between times there was time spent with the grandsons and poolside splashing. Our eldest is now in grade 2 while the youngest is going to be 2 in a couple of months. Our eldest daughter came out from Toronto for a visit in August. She kept very busy catching up with friends before we headed up to Cowichan Lake for a week of family time camping.  Here we spent time being with each other, laughing and creating memories. We had a super week up at the lake.

Our youngest was the maid-of-honour for her best friend so there was a bridal shower here at the house in August before we escaped for our camping week. She was then busy with the bachelorette  party, rehearsal dinner and then the wedding at the end of the month. It was an exciting and busy time around here.

September was just around the corner and we enjoying seeing Trooper at the Saanich Fair. Hubby started a new job – he left his previous one the end of June. Children headed back to school and we enjoyed that last month of summer like weather.

Here is is October. Our youngest started a new pre-school teacher position which she is really enjoying. Our son is keeping busy with his computer programming job, middle daughter is busy in her final year of the RN program, and our eldest continues with her PhD and prep for another egg donation this month.

The leaves are turning, the bonfire is cozy on those clear starry nights, and we are thankful. Thankful for where we are, what we have and who is in our life. As hubby recently said – we are where we are meant to be.

Thanksgiving is this coming weekend. There will be family, turkey with all the trimmings, laughter and smiles. I hope you find something that makes you smile and be thankful for.

Be thankful for what you have; you’ll end up having more. If you concentrate on what you don’t have, you will never, ever have enough. – Oprah Winfrey 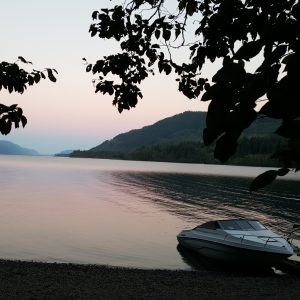