Open letter to Members of the LPNABC

I am writing you regarding recent events within the LPNABC Executive.

I would like to begin by noting that I have nothing personal to gain in this role as President of the LPNABC, the relationship with the Coalition or any other stakeholder I may come in contact with on behalf of the LPNABC. The LPNABC has everything to gain through the time, effort, and commitment I brought to this role.

As the President of the Association, I have accepted both the good and the bad that comes the way of the Association. However, that being said, there has been discord within the board, which has made my continued service to the membership untenable  As a direct result, I have resigned my position as President of the LPNABC effective July 06, 2015. Second Vice President Anne Lai, LPN, has also resigned her position. The First Vice, Secretary and Treasurer are now the current & remaining board members.

Anyone who knows me personally knows how passionately I took my role as President of the LPNABC in moving the Association forward with government and other stakeholders for LPNs of BC. Striving to improve our visibility and role, to be part of the solution for the health care of the people of BC.  I have always strongly advocated for LPNs on all levels.

I would like to close by emphasizing how much I have truly enjoyed working with and representing the members of the Association.

I just wanted to be the first to let you know and that I will continue to be an advocate for LPNs in BC,  albeit via different means,  just no longer as the President of the Licensed Practical Nurses Association of BC. 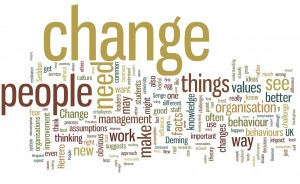